PureBDcraft is a Pack of Resources (also called TexturePack  or ResourcePack) which redesigns games with retro or pixelart graphics by replacing most of their textures, 3D Models and/or config files by new HD versions. The result looks like a Comics with smooth&clean render (no noise and no gradients except for lights).

All PureBDcraft textures are Vector Based (composed of colored Vector Shapes) and follow the same guidelines to fit a unique ComicBook  style. Some users said that PureBDcraft can remind (but is not inspired by) games like « The Legend of Zelda: the Wind Waker », « Disney Duck Tales HD » or « Valve Team Fortress 2 ».

The main characteristics of PureBDcraft is that it is not only complete but also available in 6 different resolutions to suit any kind of computer (CPU / Graphics Card / Memory) and have many patches to make it suitable for various Minecraft Mods.

Details about PureBDcraft for Minecraft

Details about PureBDcraft for Delver

Story of a Success

When I started working on textures for Minecraft, my ambition was not yet to release those as a Pack. I wanted to create new textures because I fell in love with the gameplay and ideas of Minecraft. However, its render was far too pixelated and I wasn’t able to accustom myself. Knowing the game is in JAVA, I started opening its JAR file and browsed the content in search of default textures to replace with new HD ones.

PureBDcraft has been released in June 2011 with HD textures of all blocks, paintings and some items. Some days later, many users already downloaded the Pack and many feedback came out. I continued working on it every night creating dozens of new HD textures each week for months… and now years!

40+ updates later, PureBDcraft is still one of the most used ResourcePack for Minecraft (>20 million downloads) and is now also available for Minetest (a free C/C++ OpenSource clone of Minecraft) and Delver (a great Dungeon Crawler Indiegame).

I started modding with DukeNukem3D and its « Build » Editor… It was running on MS-DOS and it had many tips&tricks to make things that the engine was not designed for (like having a corridor under or above another one)… Years later, I used « ‘Worldcraft » for Half-Life and naturally evolved to « Hammer » for Half-Life2. Later, I spent years on the « Aurora » toolset for Neverwinter Night. Aurora was the most advanced editor that a game could have. With it, modders was able to make their own world and release it online as a real independent MMORPG. I scripted a lot with Aurora. It was like coding in C# with an integrated NWN API: Everything was smooth to develop and to test.

Minecraft is the first game with an « infinite » realistic world (thanks to Voxels). I loved it and started modding. Mods development for Minecraft was not as smooth as Aurora: Reverse engineering (JAVA), de-obfuscation, compilation and re-obfuscation was required!

I developed 2 simple Mods for Minecraft and released them online. One year later, my Mods ideas have been integrated to Minecraft.

This video is the official PureBDcraft trailer, using Minecraft with the ResourcePack enabled to tell a story that I let you discover.

The trailer is using Minecraft 1.11 with PureBDcraft 128x (the recommended resolution) and PureBDcraft 256x (the best quality/performance ratio) resolutions with some little special tweaks for the story (like sleeping Steve and Alex).

Have fun watching it! 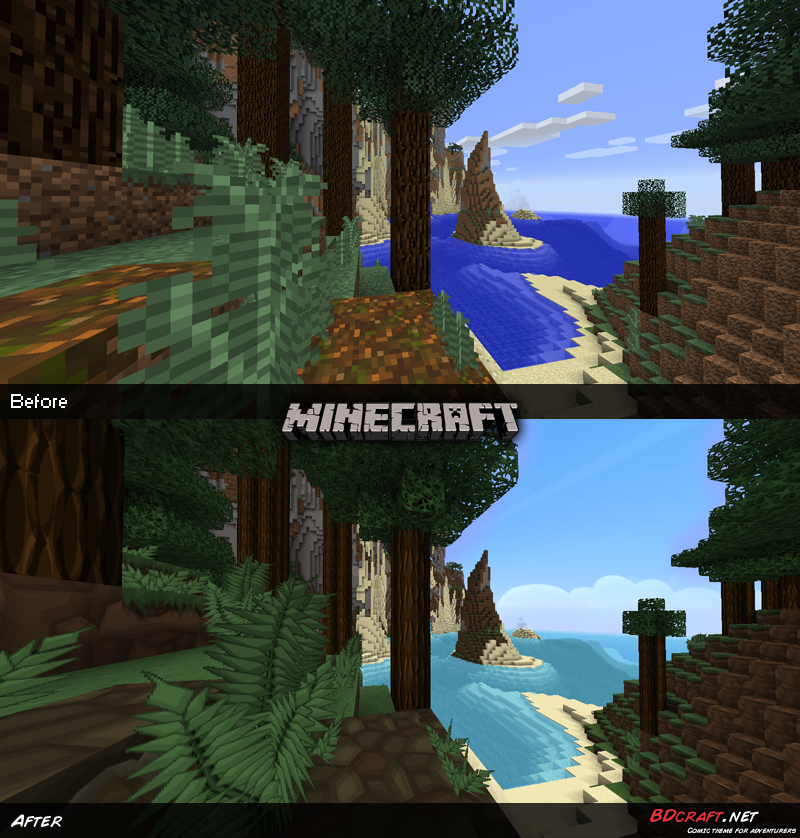 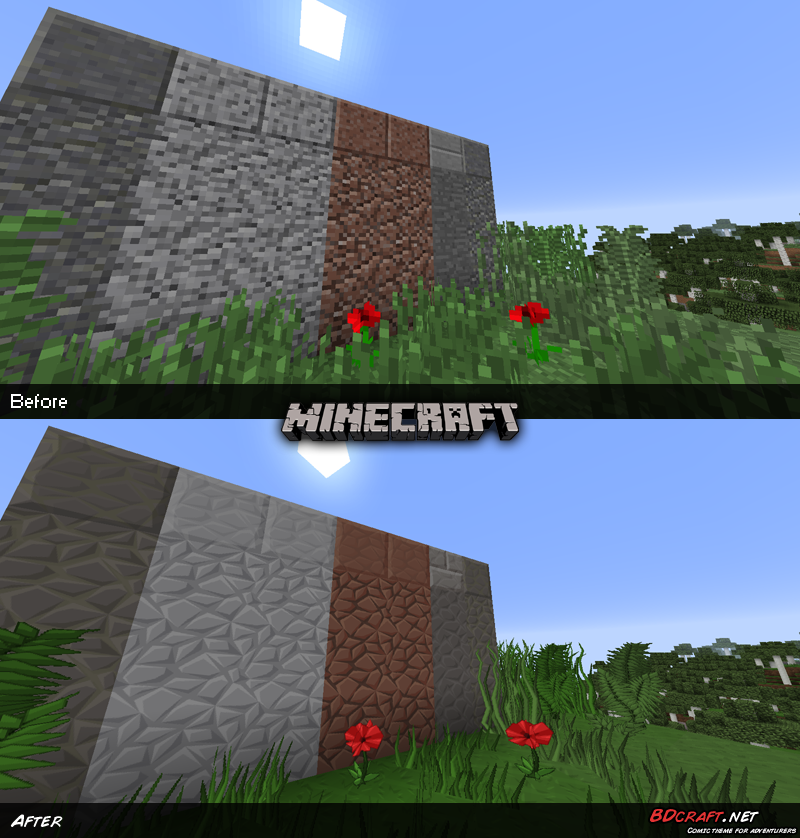 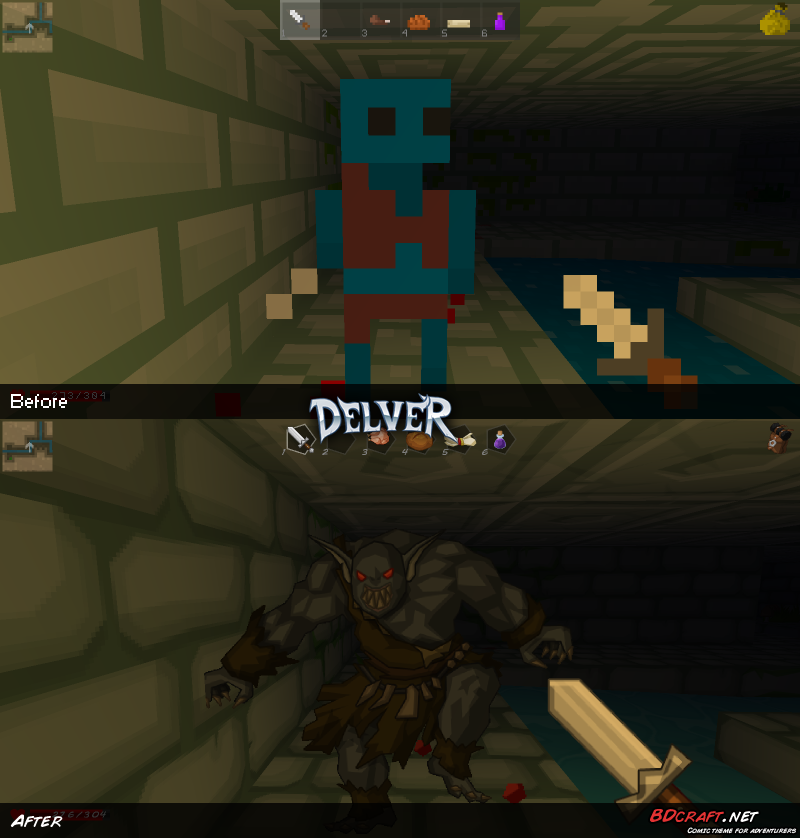 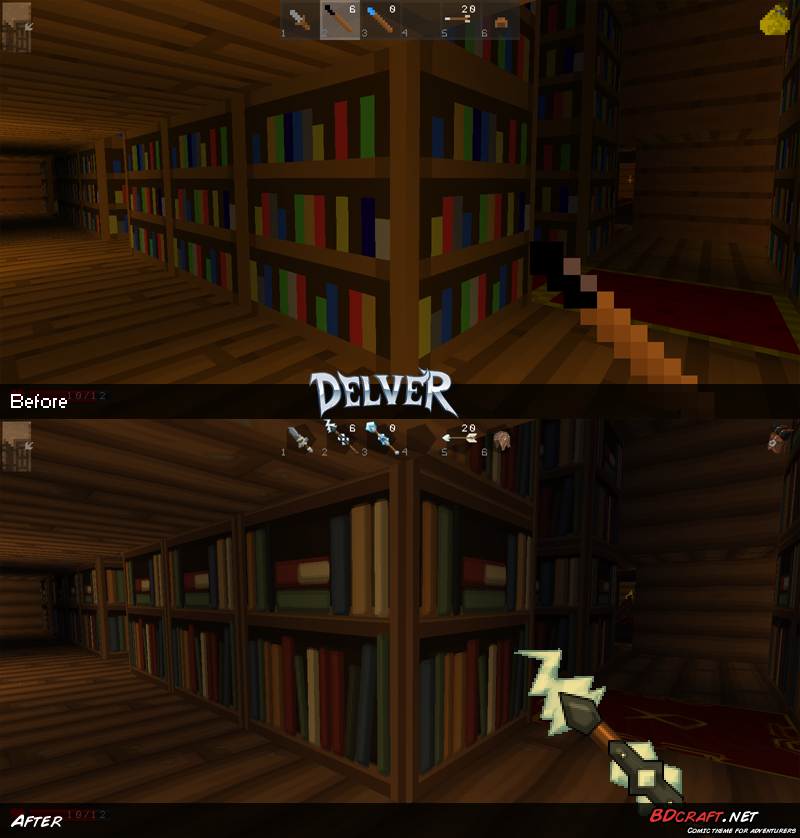 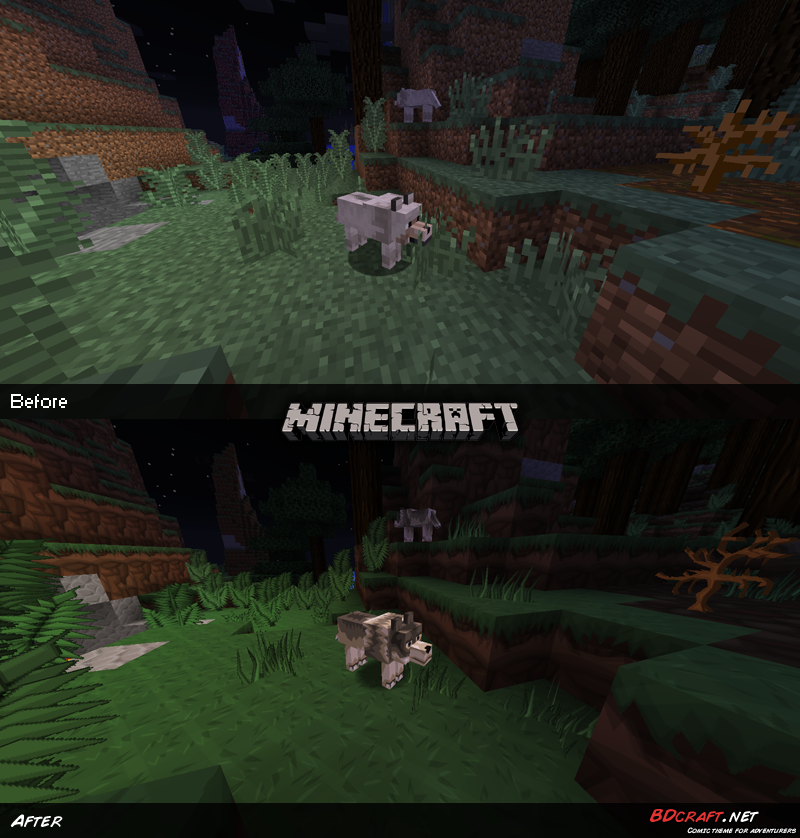 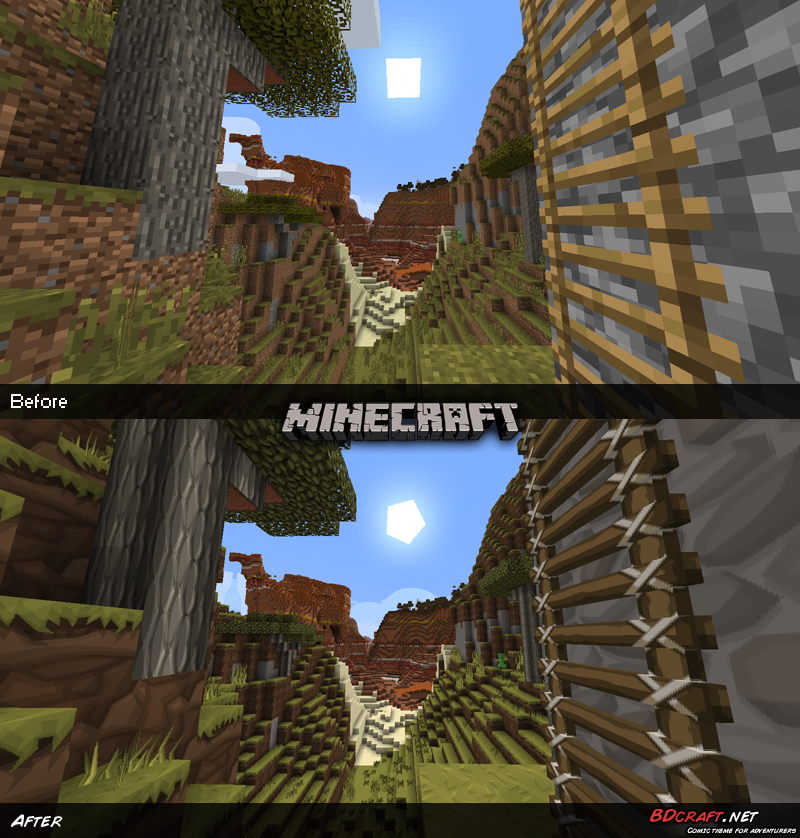 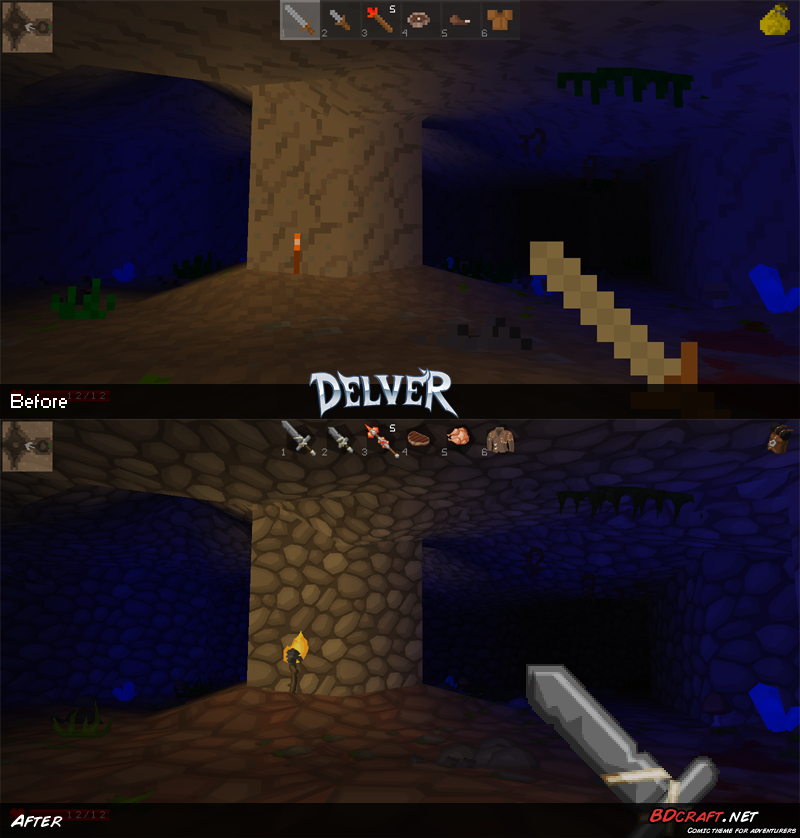 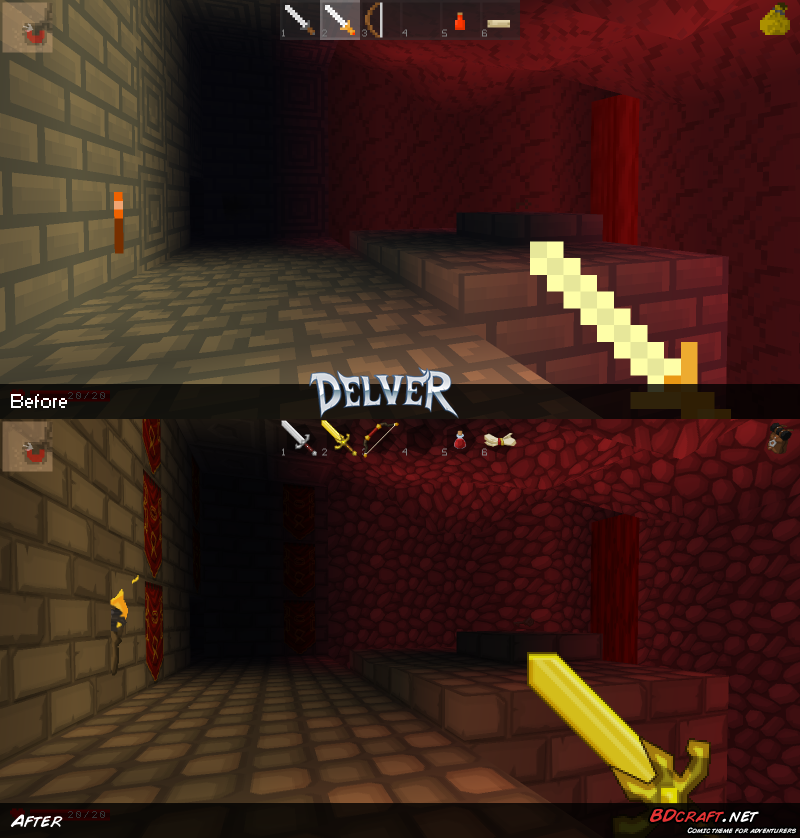 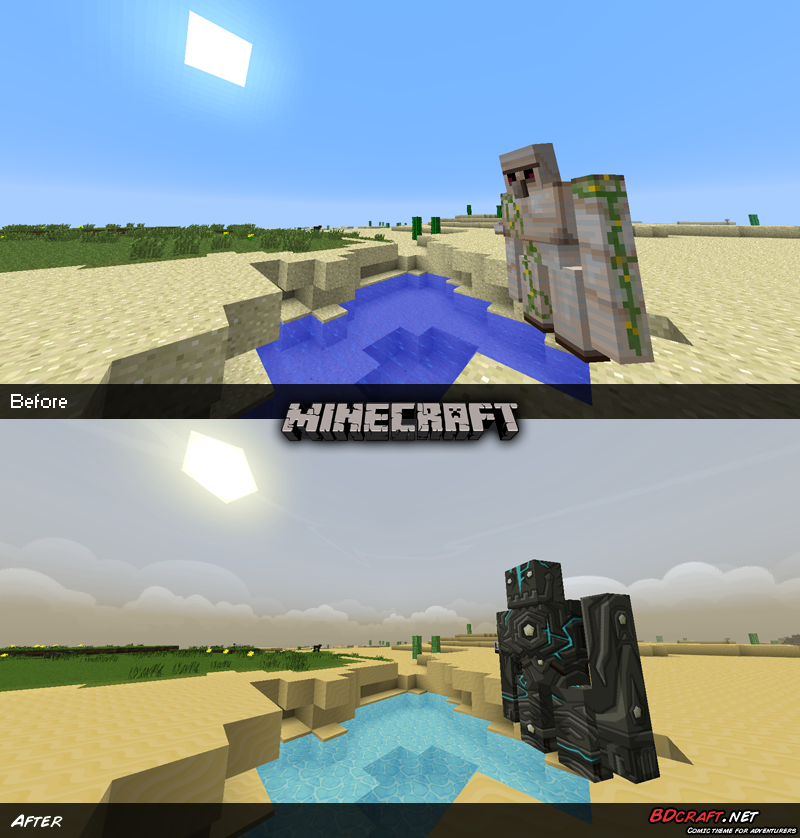 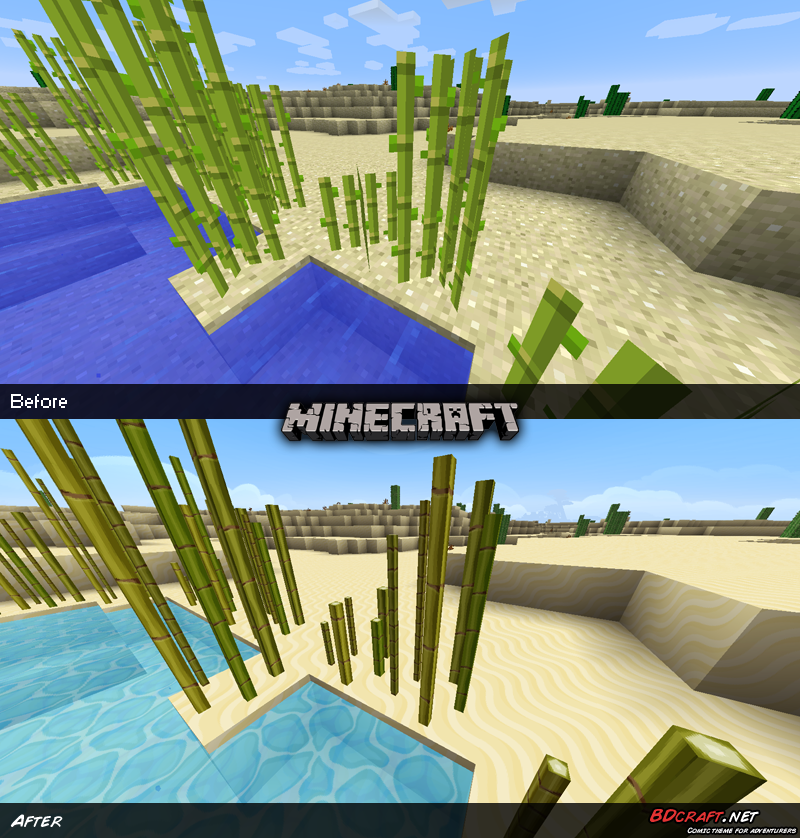 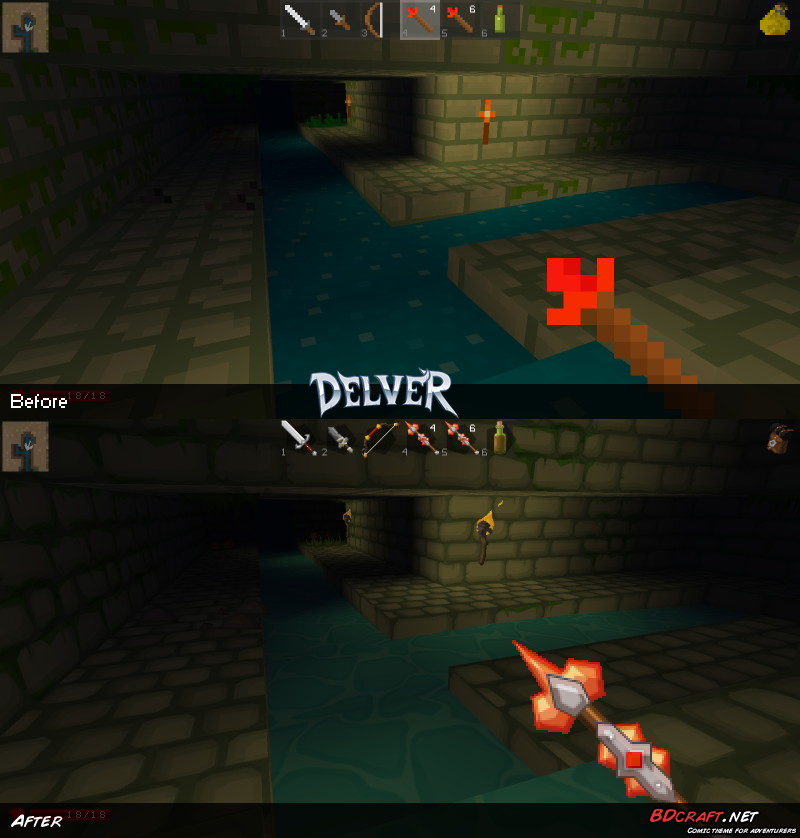 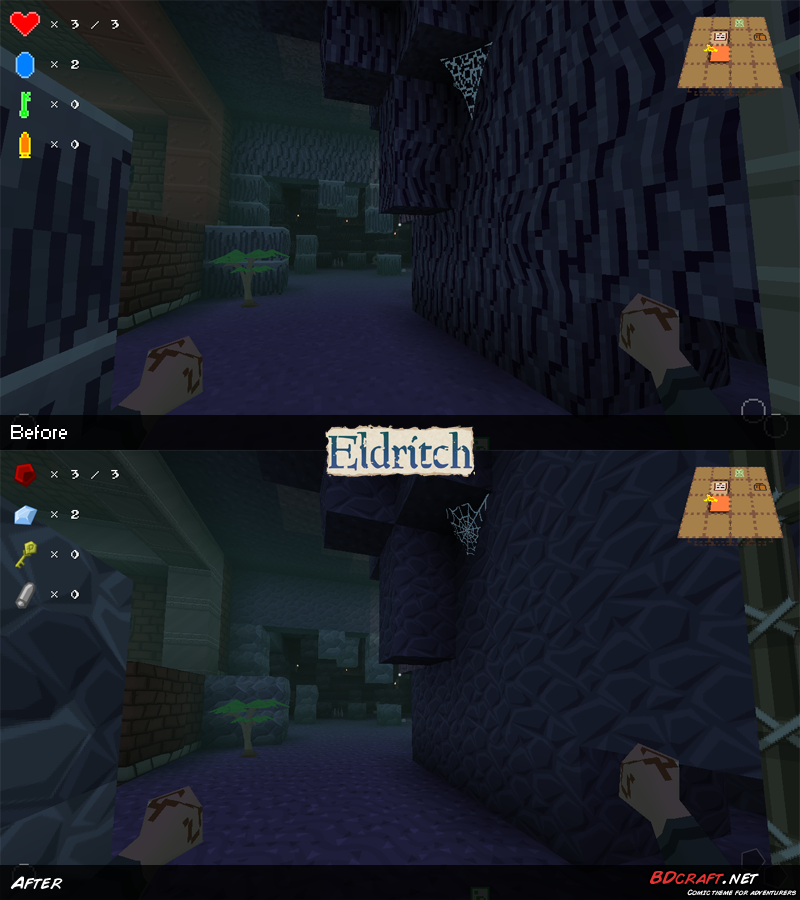